Synopsis: In 2008, the Wall Street giant Lehman Brothers collapsed triggering the worst financial crisis since the Great Depression. Unlike the New Deal era reforms, the financial response to our modern crisis was to entrench existing wealth through government assistance. Meanwhile, millions of working class Americans lost their homes, pensions and employment. During the economic recovery period, the top 1 percent of Americans have captured approximately 95 percent of the income gains while the middle class has been forced to accept pay cuts.  As a result, the current divide between the top 1 percent of Americans and the lowest 99 percent is the greatest it ever been since the Great Depression.

Bill Moyer and political economist, Robert Reich, discuss the growing income equality in America.  Reich warns the middle class in America is shrinking at an alarming rate and the record income gap is undermining our democracy. Reich is currently Chancellor’s Professor of Public Policy at the Goldman School of Public Policy at the University of California, Berkeley. He served in the administrations of presidents Gerald Ford and Jimmy Carter and was Secretary of Labor from 1993-1997 under the Bill Clinton administration. 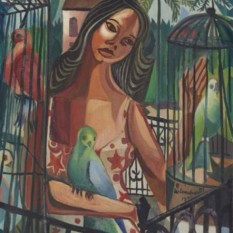