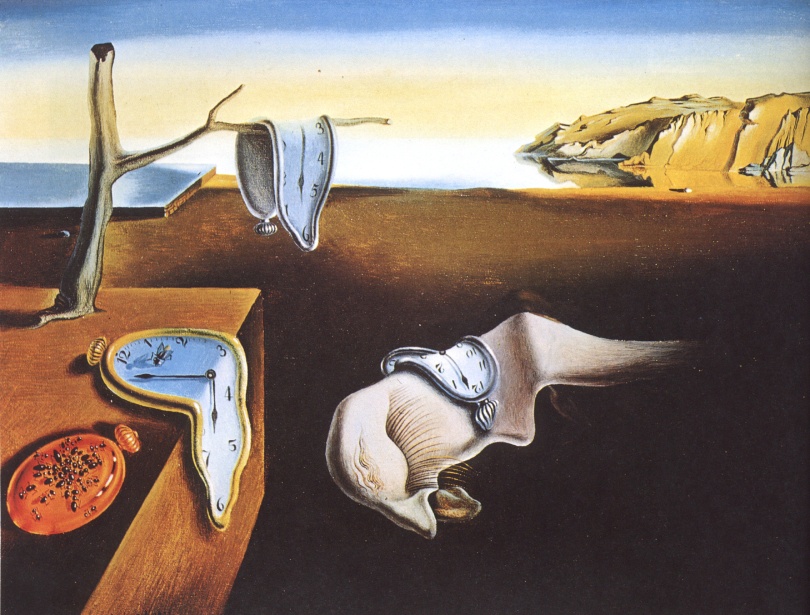 Dalí was well acquainted with Sigmund Freud’s thoughts on repressed feelings manifesting themselves as dreams and irrational behaviors, and was fascinated with representing these concepts in their visual form. In an effort to visually represent Albert Einstein’s paradigm shifting theory of quantum mechanics, Dalí uses melting watches as an allusion to time being relative and not fixed. Dalí states he gained the idea for his work, The Persistence of Memory, c. 1931, while observing a runny piece of Camembert cheese on a hot August day. The work, which was acquired by New York City’s Museum of Modern Art in 1934, excited viewers even as it puzzled them. One critic urged readers to “page Dr. Freud” to uncover the meaning in the canvas.