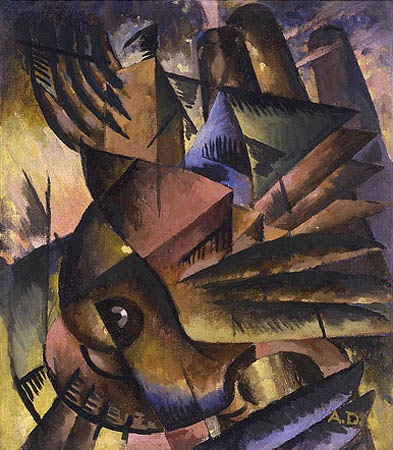 In 1927, Aaron Douglas and his wife, Alta, moved to France for a yearlong period of study. While working in Paris, Douglas met his idol Henry Ossawa Tanner who greatly expanded his understanding of modern painting, especially Cubism.

Douglas painted “Birds in Flight” during his time in Paris. The angular Cubist rhythms that animate this dynamic canvas, which reflect his discovery of the work of Picasso. Douglas embraced African themes as a source of imagery for his modernist themes, which, after his return to the United States in 1928, would make him one of the most highly regarded artists of the Harlem Renaissance.