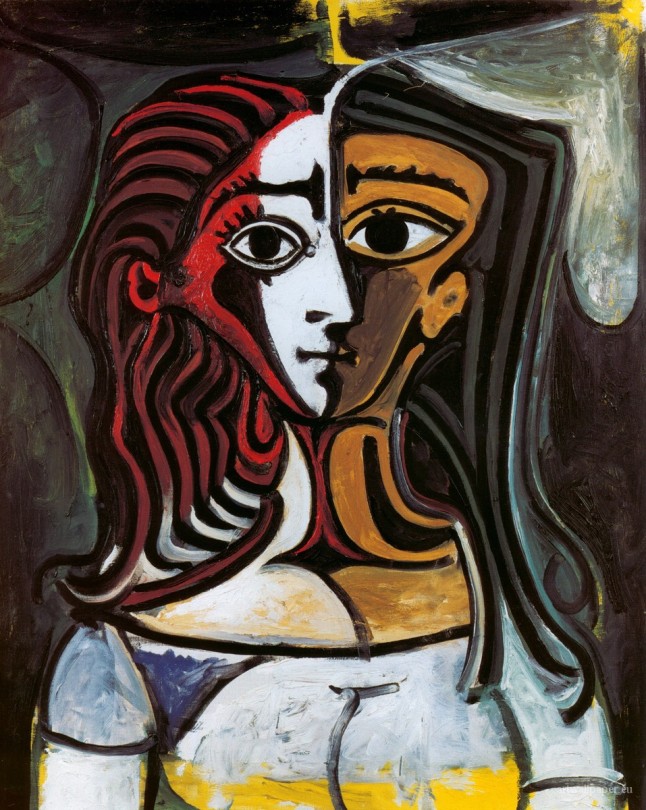 Picasso’s “Portrait of Jacqueline” features the artist’s second wife, Jacqueline Roque, a dark-haired divorcée 45 years the artist’s junior. Their relationship endured for more than 20 years, until Picasso’s death at 91. There are more portraits of Jacqueline than any other woman in Picasso’s life. She is featured in approximately 125 of Picasso’s known works, making Jacqueline, his longest-lasting romantic relationship and most persistent muse. As a result, at least one essayist referred to Picasso’s later years as “L’Époque Jacqueline.”