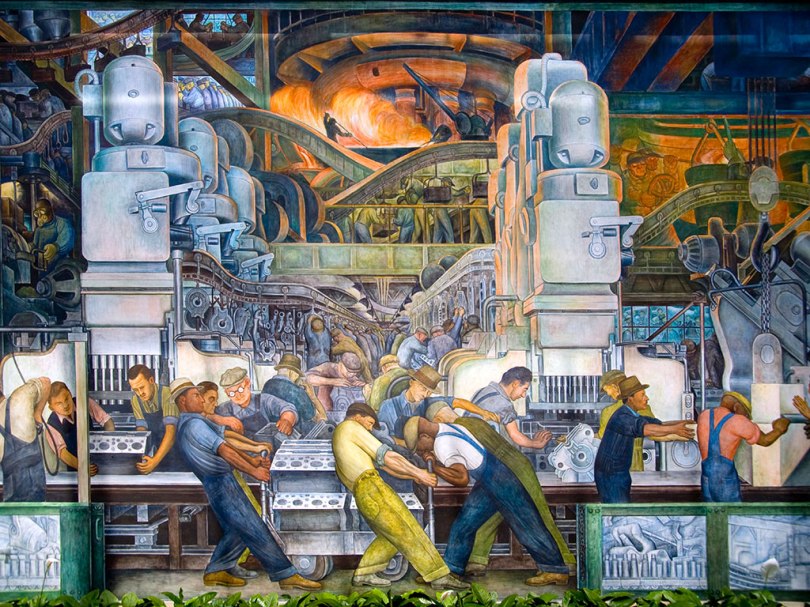 In 1932, Rivera was commissioned by Henry Ford to paint a tribute to the American worker on the walls of the Detroit Institute of Arts. Between 1932 and 1933, Rivera completed a series of twenty-seven fresco panels entitled Detroit Industry on the walls of an inner court at the Detroit Institute of Arts. The piece depicts industrial life in the United States, concentrating on the car plant workers of Detroit. The work later drew public criticism for its Socialist overtones, but was defended on the grounds of its artistic merit by Ford’s son, Edelson. Rivera considered the Detroit mural his greatest artistic achievement.