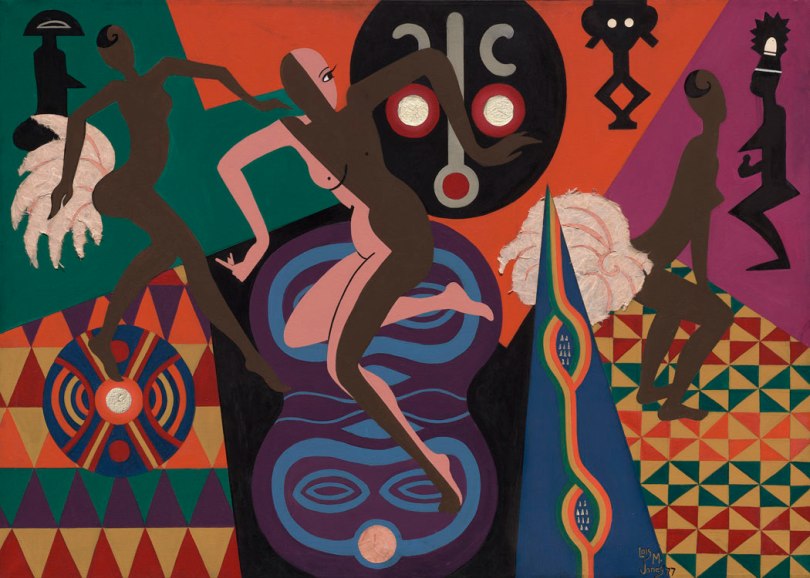 While white Modernists were blasting apart the realism pursued in the West since at least the Renaissance, Edmond Barry Gaither, director of the Museum of the National Center of Afro-American Artists in Boston and a longtime friend of Jones, says, “The radical departure, the revolt of African-American artists at the beginning of the 20th century was the reclamation of African-Americans as human.”

With the rise of black political consciousness in the 1960s, as African-Americans fought for civil rights here and blacks in Africa won independence from European colonial rule, Jones’s work became “a celebration of African color and pattern,” Gaither says.

“Loïs’s own temperament was much more interested in the joy of color and design. She’s not really a protest artist,” Gaither says. Her art is about portraying and embracing African-America and its cultural legacy with accuracy and dignity at a time when just portraying African-Americans was radical. Gaither says, “It’s very much in the spirit of black largeness, in a global way.”