Why Nations Fail, by Daron Acemoglu and James A. Robinson, is a grand exploration into the history of European colonialism and the economic success and/or failure of the social institutions it has established. Based on numerous historical case studies, the authors theorize that the sustained economic success of a country depends less on its policies, geography, culture, or value systems than on the political institutions it establishes to determine its economic outcomes.

Acemoglu and Robinson identify two different economic structures which they term “extractive” and “inclusive.” They argue that the common feature in all “extractive” systems is a small, dominant class of individuals who seek to concentrate power and exploit labor, resources and capital. According to the authors. “Wherever those with political power felt threatened by technology and innovation, they prevented it, and by doing so they effectively prevented wealth creation and prosperity.”  In contrast, “inclusive” systems seek to distribute power among a larger segment of society in an effort to promote competition and innovation. They create positive feedback loops which keep the elites in check, ensuring their own expansion and persistence.

Acemoglu and Robinson, conclude that, historically, the countries which have experienced sustainable economic growth are those which have sufficiently decentralized power to protect the integrity of essential public functions, such as the enforcement of contracts and the administration of justice.

“In order for the virtuous cycle to work the first precondition is to have pluralism, which will constitute the rule of law and lead to more inclusive economic institutions. Inclusive economic institutions will remove the need for extraction since those in power will gain little but lose a lot if engaged in a repression and constraining democracy. Finally, they also recognize the importance of free media to provide information on threats against inclusive institutions.”

The authors assert that extractive institutions may deliver growth for a limited period, but ultimately fail because their interest in maintaining the existing power structure stifles innovation and competition. Conversely, inclusive institutions allow for the creative destruction of inefficient models, encouraging the development of new practices and technologies which spur economic growth.

“The virtuous cycle explains how the reforms of the political system in England or the US became irreversible, since those in power understood that any possible deviation would endanger their own position. The examples of British consolidation and its slow, contingent path to democracy in which the people gradually demanded and gradually received more rights; or the trust-busting in the US in the beginning of the 20th century; or the failed attempts of President Roosevelt to limit the power of the US Supreme Court illustrate this point.”

Acemoglu and Robinson find that historically, the artificial growth within extractive systems eventually comes to a crashing halt, most often resulting in political instability and regime change. Therefore, we should opt to avoid harsh economic consequences and political turmoil by establishing inclusive institutions.

This link contains copyrighted © material made available to the public for the purposes of teaching, scholarship, or research on the topics of American History, Democracy, Economics, Ethics, Government and Politics, Human Rights, Organizational Psychology, Social Justice and War, which constitutes ”fair use” of such copyrighted Material pursuant to 17 U.S. Code § 107 and US Copyright Law. In accordance with 17 U.S. Code § 107, this material is distributed without profit. For More Information, see: https://www.law.cornell.edu/uscode/te… 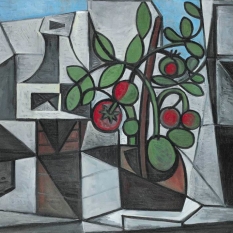