Under pressure from a federal court suit, the management of Cooper Hospital-University Medical Center yesterday released an internal report that shows that the hospital has lost at least $18.8 million to fraud since 1987.

The 256-page report, which Cooper’s management had fought in court to keep secret, says publicly for the first time that the Camden hospital lost an approximate total of $21.6 million, including the $18.8 million, through a combination of fraud, overcharging and questionable contract charges. In earlier statements filed in court, the hospital had estimated it had lost $13 million to fraud, largely through the actions of two former Cooper financial executives who pleaded guilty to federal charges in 1994. Most of the lost money was taken through bills submitted to the hospital by a collection agency and a computer-assistance firm employed by the hospital, according to the report.

The two former Cooper officials convicted of fraud, P. John Lashkevich and John M. Sullivan, received a portion of the stolen money between 1987 and 1994 from one of the companies, the report says.

The report says high-ranking officials of the hospital, including chairman of the board Peter Driscoll and president Kevin Halpern, often locked horns with committee members charged with investigating the missing money. The report says some board members wanted a completely independent investigation of fraud at the hospital, while Driscoll objected.

The report says Driscoll and other hospital managers knew about a federal corruption investigation of Cooper for a year before they informed the hospital board of the investigation.

“Cooper has been the victim of a massive crime wave,” the report says. “The criminal activity which has been conclusively admitted in federal court has been both massive and pervasive. It is equally disturbing that Cooper’s own systems did not detect or were readily manipulated to permit the fraud and prevent its detection,” the report says.

The report, written by a seven-member Ad Hoc Internal Control Committee, including Driscoll and Halpern, was released to the public after a federal judge ruled that Cooper had to hand over the report to the hospital’s former outside auditors, whom Cooper has sued to recoup damages.

Driscoll and Halpern could not be reached for comment yesterday.

In a sweeping indictment of financial procedures at the hospital, the committee recommended numerous changes to avoid future fraud.

“The committee remains unconvinced that contractual debacles . . . are prevented or reliably detected by . . . Cooper’s new contract policies,” the report says.

The report, written in 1997, says there are “reasonable grounds” to investigate 10 more areas of hospital business, including about $800,000 in wire transfers. It also suggests that all outside collection agencies used during the period of the fraud should be reviewed.

The corruption at Cooper could have exceeded $18.8 million, the report says. “The fact that a potential area of subject is not discussed in this report does not mean that it has been given a `clean bill of health,’ ” the report says.

Hospital spokeswoman Peggy Leone said that “each area listed has been examined on an individual basis and evaluated on its own merit by various bodies both within and outside the institution, including our financial committee, our audit committee and our external auditors.” She said the hospital was confident that the problems had been resolved to the satisfaction of the board of trustees.

The document outlined what it called “massive fraud” by Lashkevich, Cooper’s former controller, and Sullivan, the hospital’s former executive vice president for finance. The two men pleaded guilty to money-laundering and other corruption charges in July 1994 and are in prison. They subsequently cooperated with the hospital’s internal investigation.

According to the report, the two men and some business associates were able to obtain millions in kickbacks and fraudulent payments through collection firms, finance companies and accounting firms. The report says Sullivan began taking kickbacks from a collection firm, Financial Management Corp., in 1987. Direct embezzlement began in 1989 with Lashkevich, the report says.

The men helped divert about $7.5 million through J-Jet, a collections agency employed by Cooper to collect unpaid hospital bills, according to the report.

About $2.1 million was stolen from bank accounts set up for a proposed Cooper takeover of the former Metropolitan Hospital in Philadelphia, the report says. The takeover never occurred.

The report also lists about $7.5 million lost through Flexco, a joint computer consulting venture of Cooper Hospital, and Flex/Sys, a New York data corporation. The report says $5.6 million was lost to fraud, $739,000 to contract overcharges, and $1.1 million in questionable contract charges. In July 1996, Cooper filed a civil lawsuit against the Flex entities, seeking to recoup the money. No criminal charges have been filed in the Flexco matter.

In each instance, the frauds were made possible because of a lack of financial controls, the report says.

“Virtually all of the internally generated fraudulent transactions were questionable from an accounting control perspective,” the reports says. It says Lashkevich either transferred or fired accounting staff members who attempted to warn management of problems.

In details not previously publicized, the report shows how Lashkevich and Sullivan had unsupervised control over tens of millions of dollars of Cooper funds, and manipulated the system for nearly seven years without drawing any attention from hospital administrators.

“The ability to bypass or defeat controls grew from an institutional culture that delegated and outsourced too much responsibility, without developing effective controls to regulate the delegated responsibility,” the report says.

The report says that some board members believed that Cooper’s investigating committee was not independent. The report says: “The minutes reveal a continuing concern by the Board (and an appreciation by the Board of the public’s concern) that the investigation be conducted objectively and free from conflicts of interest.”

The report says Driscoll, the board chairman, did not want a fully independent committee. The report quotes Driscoll as saying, “It would be a mistake to have a committee that did not have a commitment to Cooper and its mission.”

Cooper said it had recovered about $5 million, including restitution by Lashkevich and Sullivan. It is pursuing other civil litigation to recoup other lost money.

The internal report became public yesterday as the result of a civil lawsuit.

In 1997, Cooper Hospital sued its former accounting firm, KPMG Peat Marwick, alleging that the firm was responsible for allowing some of the fraud to go undetected at Cooper. Peat Marwick has consistently denied that accusation in court.

Lawyers for Peat Marwick sought the hospital’s internal investigation through a discovery motion in court. The motion was granted, thus making the report part of the public court record. 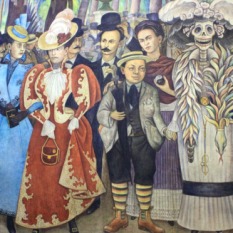