The NSA and FBI are targeting prominent American Muslims, including civil rights activists, academics, and a former government official, we learned in a troubling report released last night.

Their emails have been stored, their movements have been monitored, and their relationships have been tracked. No detail has proved too remote for the prying eyes of the NSA and FBI.

None have been charged with any criminal or terrorist activity, and because of the excessive secrecy of the government’s surveillance laws, the government doesn’t have to explain itself. Anyone who reads the report can’t help but worry that the government is engaging in highly invasive and personal surveillance based on activism, religion, and political belief.

The story raises profound questions about the surveillance authorities of the government, including its ability to selectively target a political, ethnic, or religious group. In this case, it’s American Muslims.  But we already know that the FBI is engaging in a much more expansive racial and ethnic mapping program that should worry us all.

We’ve been here before. In the 1960s and 70s, civil rights organizations, activists, and minority communities were surveilled and monitored simply because their views differed from the government’s. Constitutionally protected activity had become a shibboleth. What’s going on today is reminiscent of that time.

Innocent American Muslims and South Asian Americans have been repeatedly scrutinized and stigmatized ever since the September 11, 2001 terrorist attack. And since that time, racial profiling at the borders, the airports and in the criminal justice system has gotten worse for Latinos, Asians, African Americans, and other people of color.

The Council for American Islamic Relations, for example, is the largest Muslim civil rights organization in the United States. Why is Nihad Awad, their executive director who was profiled in the report, being monitored and tracked?

An ACLU-led coalition has sent a letter to the Obama Administration asking for a full accounting of the practices revealed in the report. The letter also highlights the need to strengthen the Department of Justice’s Guidance Regarding the Use of Race by Federal Law Enforcement Agencies, so that profiling on the basis of religion, sexual orientation, gender identity, and national origin is conclusively prohibited.

In an earlier era, during the 1960s and 1970s, civil rights leaders, activists and members of minority communities were subjected to unlawful and abusive government surveillance based not on what they had done, but what they believed and who they were. Despite reform efforts, abusive practices continue today. Federal, state, and local law enforcement are targeting entire communities—particularly American Muslims—for secret surveillance based on their race, religion, ethnicity or national origin.

The First Look report is troubling because it arises in this broader context of abuse. Documents obtained through an American Civil Liberties Union Freedom of Information Act request show that the FBI has been mapping a broad spectrum of communities, including American Muslim communities, the African American community and Latino American communities, without any basis for individualized suspicion. Under the guise of community outreach, the FBI targeted mosques and Muslim community organizations for intelligence gathering. It has pressured law-abiding American Muslims to become informants against their own communities, often in coercive circumstances. It has also stigmatized innocent Muslims by placing them on the No Fly List and other watch lists. In short, the government’s domestic counterterrorism policies treat entire minority communities as suspect, and American Muslims have borne the brunt of government suspicion, stigma and abuse.

These practices hurt not only American Muslims, but all communities that expect law enforcement to serve and protect America’s diverse population equally, without discrimination. They strike the bedrock of democracy: that no one should grow up fearful of law enforcement, scared to exercise the rights to freedom of speech, association and worship. 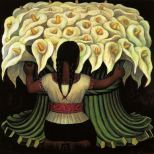