The former director of the Camden Parking Authority, Anthony Scarduzio, was found dead Monday at a friend’s Monroe home of a gunshot wound to the head, just days before the state was to bring criminal charges against him. A 12-gauge shotgun was found at his side.

About the same time, an authority whistle-blower who had accused Scarduzio of corruption lay critically wounded outside an ice cream parlor 2.5 miles away in Washington Township. He had been shot several times and beaten with a baseball bat.

Gloucester County Prosecutor Andrew Yurick said the shootings of Scarduzio, 47, and former Parking Authority employee Joseph Bowen, 50, were related but that the sequence of events was unclear.

“I can’t tell you what happened when,” Yurick said at a news conference five hours after the shootings.

Authorities said they were investigating whether Scarduzio assaulted Bowen, then committed suicide. A neighbor of the ice cream shop, which was leased by Bowen to another operator, said Bowen told police Scarduzio had shot him.

The shootings were reported within minutes of each other about 10 a.m. The prosecutor’s office and county dispatch gave conflicting accounts of which call was received first.

Bowen was in critical condition late Monday at Cooper Hospital/University Medical Center in Camden. Doctors were able to stabilize the gunshot wounds, but the beating to his head left him with a fractured skull and brain contusion, said Bill Bowe, Bowen’s attorney.

Police had stepped up patrols around Bowen’s home in the Sewell section of Washington Township after he was notified in May that threats had been made against him by Scarduzio and others, authorities said. He was also under police protection at the hospital, Bowe said.

Asked about his reaction to the shootings, Scarduzio’s brother, Jack, said: “I never thought he had the guts do do something like that.” He did not elaborate, saying only that when his brother made up his mind to do something, he did it.

Scarduzio took a buyout and resigned from the Parking Authority on May 31 while a target of a state criminal investigation.

“Our investigation into the Camden Parking Authority, the portion involving Mr. Scarduzio, was going to be completed imminently,” said Emily Hornaday, a spokeswoman for the state Division of Criminal Justice. “He was looking at a significant charge, there’s no doubt about it, and I’m sure he knew that.”

Scarduzio was facing one or more charges of official misconduct, Hornaday said.

Bowen, a property manager, was fired from the Parking Authority last August. He and a co-worker sued Scarduzio and the authority two months later, accusing them of bid- rigging, money laundering and mismanagement. Bowen was to give a sworn statement in the lawsuit Thursday.

Bowen was attacked while outside the former Casablanca Ice Cream parlor on Hurffville-Cross Keys Road; the shop was renamed Aaron’s Ice Cream by a tenant who now runs the business. Bowen operated a landscaping business and kept his equipment in three trailers in a field behind the ice cream parlor.

Warren Plank, 47, who lives next to the store in another property owned by Bowen, said he was working in an office at the front of his house when Bowen banged on his back door about 10 a.m.

Bowen lay down on a chaise lounge on the back deck while Plank called 9-1-1. He said Bowen had two bullet holes in his left shoulder and had blood dripping down his face.

Bowen told officers that Scarduzio had attacked him, Plank said. Bowen also told police, Plank said, that he wrested a gun away from Scarduzio and threw it out of his reach.

But a police source said late Monday that no gun was found at the scene, and that search warrants had been issued for Scarduzio’s Scotch Drive home in the Turnersville section of Washington Township, and for the house where Scarduzio’s body was found.

Scarduzio was discovered just inside the front door of the home of Butch and Edna D’Alessandro at 1965 Pitman- Downer Road by the couple’s son, Anthony, who had come to mow the lawn. Anthony’s 5-year-old son was with him.

Yurick confirmed the couple were not home at the time. They were at the nearby Whitman Diner when they received a frantic call from their son.

The elder D’Alessandro said he did not know why Scarduzio was in his home. “I don’t have the slightest idea,” he said.

The elder D’Alessandro said he always kept a loaded shotgun by the back door, as well as four or five other loaded guns elsewhere in the house.

“Everyone here knows we have guns,” D’Alessandro said.

Scarduzio, a friend, would occasionally stop by for a visit, D’Alessandro said. Both were former Democratic committeemen.

A family spokesman, attorney Mike Fritz, said Scarduzio appeared to have broken the window in the rear door to enter the house. But Yurick said investigators had not yet determined how Scarduzio got in.

The D’Alessandros sat outside their home for hours as officers secured the crime scene.

In a written statement to police, Anthony D’Alessandro offered to have his hands tested for gunshot residue and gave a voluntary taped statement. Fritz said Anthony D’ Alessandro did not enter the home after finding his way blocked by a body.

Anthony D’Alessandro said he knew by the size of the hands that the victim was not one of his parents.

Said Fritz: “Clearly what has occurred is a burglary and suicide in the aftermath of a shooting where the motive is easily identifiable.”

Scarduzio is survived by his wife, Janet, and two sons, Christopher and Matthew.

Former Mayor Jerry Luongo was friends with Scarduzio for about 20 years and has known Bowen for at least six years.

He said he was shocked by the shootings because Scarduzio and Bowen were once best friends.

“They were inseparable,” Luongo said.

“He said, `You know, Jerry, I’m just going to put this behind me,'” Luongo recalled. “I can’t believe he reached this level of frustration.”

In 1996, Bowen offered the township advice on how to run the struggling concession stand at Washington Lake Park, Luongo said.

“Joe gave me a lot of insight,” Luongo said. “I had a good rapport with him.”

Scarduzio ran unsuccessfully for the township council as a Democrat in 1996. He also was a former member of the township planning board.

Hornaday, of the Division of Criminal Justice, said the state’s investigation of Scarduzio was not based on Bowen’s lawsuit.

She also said the Parking Authority investigation would continue.

“Law enforcement takes no pleasure in this,” Hornaday said. “It’s turned out to be a very, very tragic situation.” 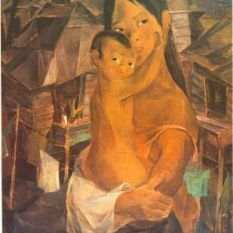