Synopsis: A just society has fair laws. But most societies aren’t like that. So what can you do? The opponent of slavery, Henry David Thoreau, gave one answer in his essay ‘On Civil Disobedience’: follow your conscience and break the law on moral grounds rather than be a cog in an unjust system. Ghandi, Rosa Parks and Martin Luther King have all inspired generations to make changes to unjust laws through civil disobedience. Stephen Fry explains its origins.

From the BBC Radio 4 series about life’s big questions – A History of Ideas. http://www.bbc.co.uk/historyofideas

This project is from the BBC in partnership with The Open University, the animations were created by Cognitive. 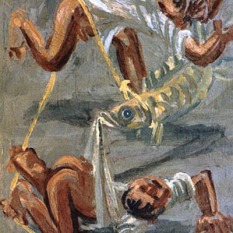